The Provincial Court of Barcelona decrees that ASPERTIC-VIADENUNCIA is a competent authority for the purposes of the Whistleblower Directive. 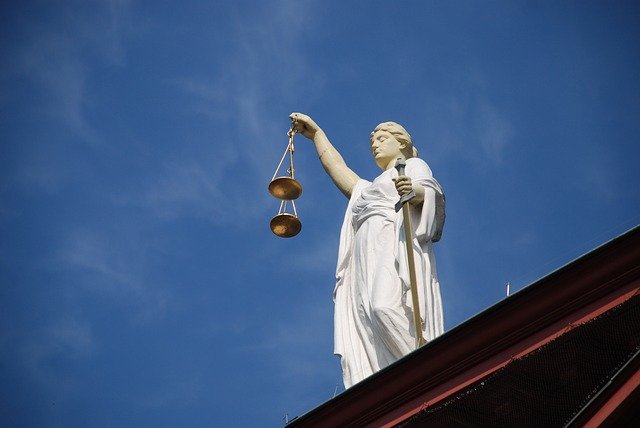 Whistleblowers will find in Aspertic-Viadenuncia a “competent authority” of the Whistleblower Directive. This has been recognised by the Provincial Court of Barcelona.

For months we have been receiving news through various whistleblower associations about the first attempts to request protection measures for corruption whistleblowers; now we have received the first of them: the order of Section 1 civil of the Barcelona High Court, which dismissed the appeal, confirming the order of the 38th Court of First Instance of Barcelona declaring the lack of jurisdiction and competence. In other words, the matter before the court did not fall within the jurisdiction of that judiciary. Even so, it provided a series of very important foundations and a precedent that will undoubtedly change the position of corruption whistleblowers and those affected by administrative dysfunctions where the issue at stake is non-compliance with European Union law and the interests of the European Union.

The precedent of this order of the Audiencia Provincial (Provincial Court)

The precedent, which we obviously have to anonymise, is that of a civil servant who complained through an external channel of the ASPERTIC association. This channel was established as an external mailbox on 4 January 2020 by a communication from the European Commission. The function of this whistleblowing channel is to be an internal mechanism for companies, which facilitates the reporting of criminal, unethical or irregular behaviour within the company itself, its employees, or third parties who have some kind of relationship with the company. Aspertic manages the reporting box under the VIADENUNCIA system, the scope of application of this channel being those established by the European Union in Directive 2019/1937 of the European Parliament and of the Council, which are as follows:

Applies in the following cases, therefore explicit and positive recognition that it is Union law:

– Any public contract (whatever the institution involved and the amount, and whoever signs it, natural or legal person, the problem of interim).

– Terrorist financing (designation of who is a terrorist and who is not).

– Control of animal feed and additives.

– Protection of consumers of products and services, including those provided by the State (the Administration of Justice, the Police, the Army and the Treasury are expressly mentioned).

– Security of telematic networks and other infrastructures (water, gas, electricity and communications).

– Any infringement affecting the financial interests of the Union as referred to in Article 325 TFEU (Fight against fraud, from €10,000).

– All infringements relating to the internal market, as referred to in Article 26(2) TFEU (internal market without frontiers; free movement of goods, persons, services and capital; captive markets, dumping, infringement of labour directives).

– Any activity that has received aid granted by the States, even if not directly from the Union (subsidies, bank guarantees, especially agencies, commissions and control bodies, transparency, anti-fraud, data protection agencies, national commissions such as the CNMC – which must always have a mechanism to control the controller), Royal House, Council of State, CGAE, CGPJ, CGPE, employers’ associations, trade unions, confraternities, football clubs, foundations, trustees, media, training institutions, cultural associations, imsersos or churches), Councils (Council of State) and courts (Court of Auditors).

– All infringements relating to the internal market in connection with acts infringing the rules of corporate taxation (taxation modified by decree for the setting up of a business project).

The specific case: allegation of corruption and request for protection measures

The proceeding of the facts, which were accredited and reported to OLAF (European Anti-Fraud Office) and which are currently under investigation, requested from the manager of the channel the protection deriving from the directive 2019/1937 EC. This protection is caused by the independence of this channel, where complaints cannot be handled by someone related to the company or administration being reported.

The action was filed in Barcelona, headquarters of the association that manages the external complaints channel and the type of action was through the so-called RIGHT OF PETITION (Faculty that any natural or legal person has to address the public authorities to either bring to their attention certain facts, or claim an intervention, or both at the same time of the Organic Law 4/2001 of 12 November, feels recognised by the Court of instance and subsequently by the Public Prosecutor, part of the procedure, the legal standing of the manager of the complaints channel.

The legal standing of ASPERTIC-VIADENCIA was based on a procedural foundation in which articles 2 and 6 of the Organic Law of the Judiciary (¹), Article 45 of the LEC (²), the Whistleblowers Directive, the direct effect of Union law and Article 47 of the Charter of Fundamental Rights of the European Union (³),and Article 2 of the LORDP, with the plaintiff and the Public Prosecutor’s Office reasoning in their report that “Given that there was no specific procedure foreseen through which the protection of the rights provided for in Directive 2019/1937 EC could be processed, knowledge could correspond to the Courts of First Instance, in accordance with Article 85 of the LOPJ, which establishes that the Courts of First Instance will hear trials that are not attributed by this Law to other Courts or Tribunals”. Furthermore, Article 4 bis of the same Law provides that judges and courts shall apply European Union law in accordance with the case law of the Court of the European Union. It concluded that there was no lack of objective jurisdiction, which is what determines which of all the courts or judges that exist is the one that has to hear the object of the proceedings according to the subject matter and/or amount of the proceedings.

The criterion of the Public Prosecutor’s Office was maintained throughout the proceedings, given that it did not oppose the Appeal of ASPERTIC-VIADENUNCIA, considering that the resolution was within the competence of the investigating Court, in this case the Court of First Instance of Barcelona.

The petition and object of the lawsuit was none other than to JUDICIALLY recognise and protect the complainant of corruption and his family in the following way:

– Prohibition of all forms of reprisals as a consequence of having communicated information about threats or harm to the public interest obtained in the context of their activities.

– Organisational measures to give effect to the above measures, as well as the right to have the file handled by someone fully independent and to have their identity protected while any proceedings triggered by the complaint or the public disclosure of the facts complained of are ongoing.

The effect of the non-transposition of Directive 2019/1937

It does not seem that the Court in its decision, nor the hearing in the subsequent appeal, consider that what was stated in the complaint and specifically requested is out of place, nor is it a case outside the protection offered by the jurisdiction, but it is based on the lack of regulation at the legislative level on the subject, the non-transposition(4) of the directive in the procedural rules, considering that the case that is raised in the complaint does not fall within the competence of civil law and that in accordance with this, they consider that there is a lack of jurisdiction and competence.

Aspertic is recognised as a competent authority.

Having stated this, the figure of the Instructor and the complaints channel is legitimised, as well as their legal capacities, in accordance with Directive 2019/1937. In this case then, it seems that for the moment, the only channel that has been declared in conformity with the Union has been ASPERTIC through the VIADENUNCIA procedure.

In addition to this final resolution, there are other very noteworthy aspects of the resolution, since if it closes the door to the resolution of the merits of the case, denying the claims, the THIRD ground of the order, the Barcelona Court of Appeal pronounces that ASPERTIC-VIADENUNCIA is a competent authority for the purposes of the directive as an external complaint mailbox, because, firstly, it has carried out the procedures before the European Union, and because the information and the complaint have been duly processed. The investigation has also been properly planned and carried out.

However, the appellant of the judgment is told that the mixture of “competent authorities”, reinforcing the one that is exposed to the directive, are not judicial but extrajudicial. The protection of fundamental rights deriving from the application of the directive corresponds exclusively to the judicial authorities, and for this reason, after distinguishing between the competent authorities and the recognition of the complaint manager as an authority, the protection of fundamental rights is referred to the contentious-administrative channel in accordance with Articles 114 and following of the Law Regulating Contentious-Administrative Jurisdiction (Articles relating to the procedure for the protection of the fundamental rights of the individual) by reference to Article 12 of the Organic Law on the Right of Petition.

The figure of the controller of the controllers is then reserved for the judiciary itself. The validation in the last instance of the decisions of the instructor of Directive 2019/1937; but “the competent authority” is the investigator of the complaints channel, a figure that, in addition, the same Directive gives him special protection. Resolutions with the power of “competent authority”.

The State’s Patrimonial Liability for lack of transposition

Finally, and as a clear warning to all concerned, the decision of the Barcelona hearing concludes that the lack of transposition of the directive, as well as the violation of the rights of whistleblowers, will certainly entail the state’s financial liability, taking into account compliance with the requirements of the Faccini Dori ruling of 17 July 1994 (C91/92) and Marleasing, of 13 November 1990 (C-106/89).

And in European Union law, there are no persons who cannot be prosecuted and there is no distinction between civilians, administrative or military personnel.

(²) concerning the jurisdiction of the Courts of First Instance

(³) Right to an effective remedy and to a fair trial

(4)adaptation of legislative, regulatory and/or administrative rules, as appropriate, made by Member State authorities to achieve the objectives and results set out in the European Directives.